As in past years, our contribution to the 2019 Radiant Pavilion program was an activation of Crossley Street, in the heart of Melbourne. Our overarching title, RED, acknowledged the street’s history as part of the red-light district; before gentrification hit in the early 20th century it was known as Romeo Lane.

Our individual projects were developed from facets of the past and present history of the area:

Vivien Atkinson’s performance work, Destined to Meet by Chance, was inspired by the Chinese proverb, “An invisible thread connects those who are destined to meet, regardless of time, place, or circumstance.” Her interactive work engaged passers-by with the invitation to join her in snapping a red chalk line on the street. 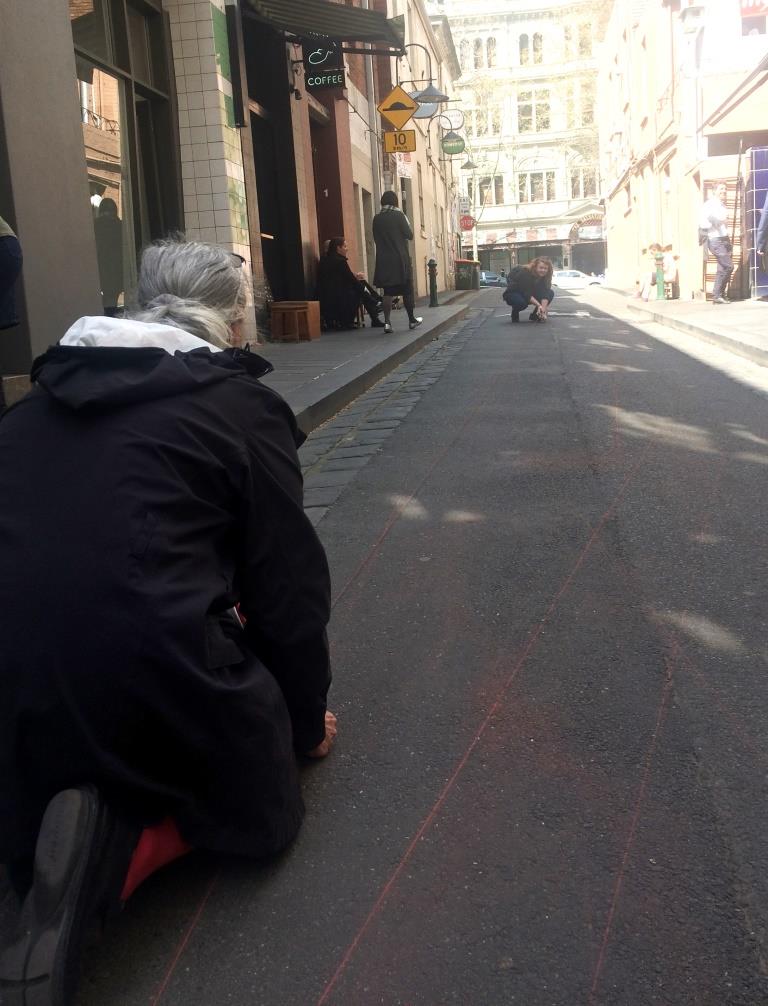 The reminders of those conversations and connections remained as red marks on the tarmac for the week of the show,

while the encounters between artist and participant remain indelibly inked in the memories of both. 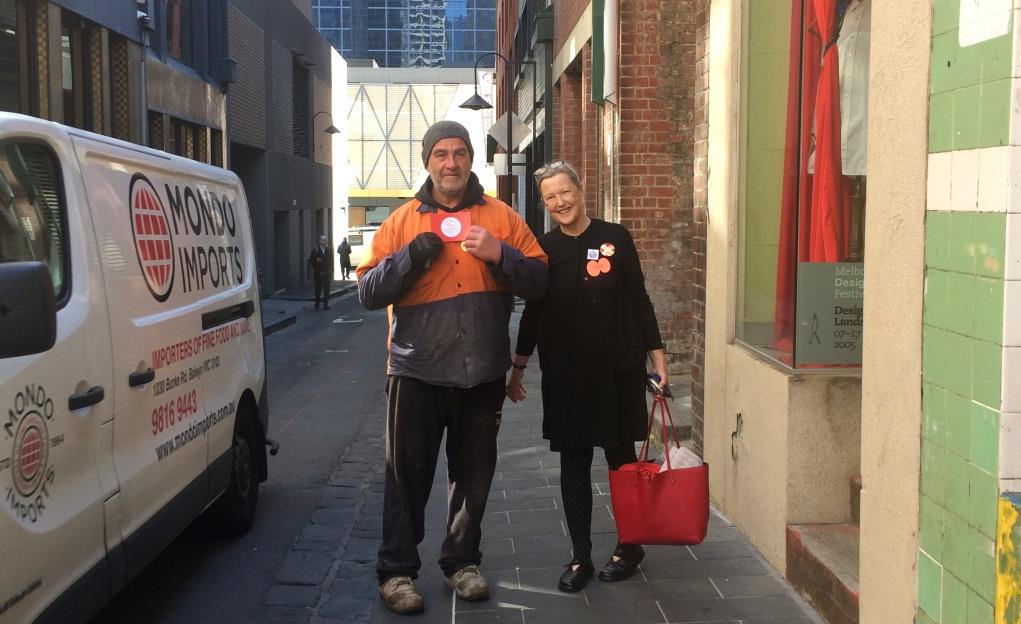 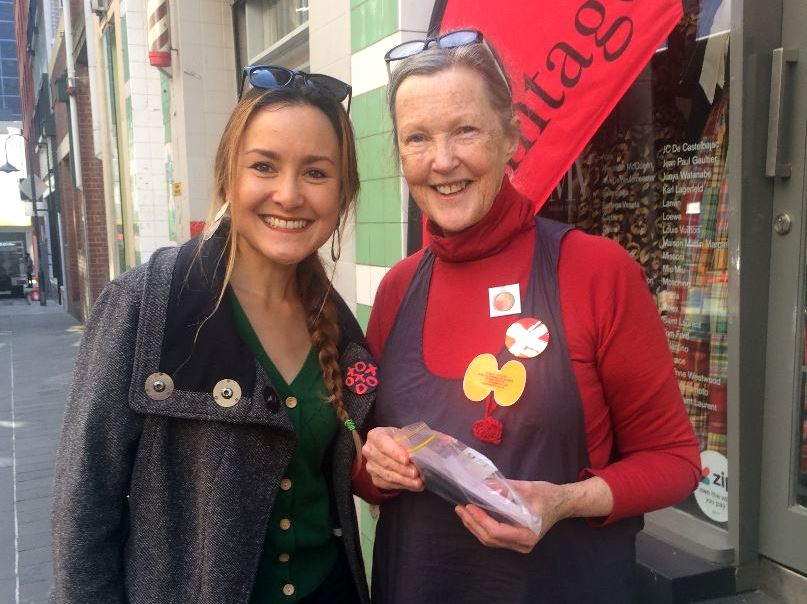 Becky Bliss offered Crossley Street love in the form of hugs and kisses. In her third iteration of “Finding Found,” she placed a series of badges marked with noughts and crosses within the street, to be found by those looking to discover something precious.

This gifting project has become a feature of O:A’s Radiant Pavilion projects and is eagerly sought out by participants and visitors alike. 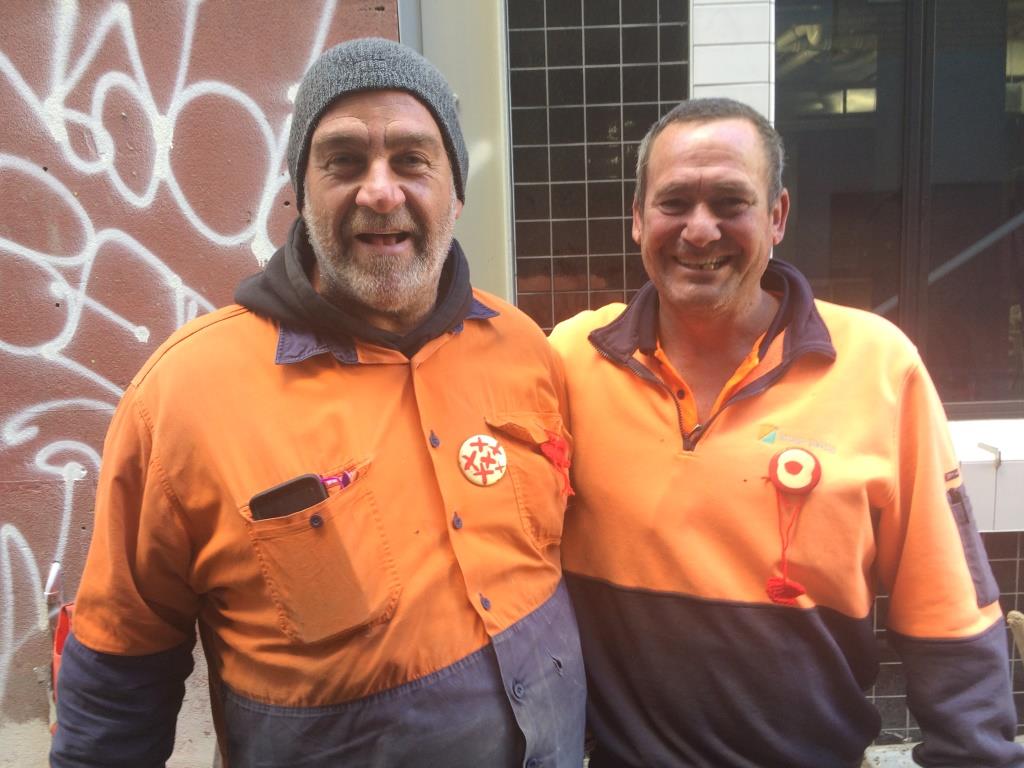 Sondra Bacharach’s work considered the ties that bind us together. She gave physical shape to the love and support of significant friends, in the form of hundreds of crocheted love hearts.

For many women, early Melbourne was a place of opportunity, but for others, hardship led to work in the flop-houses of Crossley Street’s red-light district. These women’s livelihoods demanded close bonds of trust, cooperation and support. Today’s women continue to build and value these close relationships, often while walking the streets.

Kelly McDonald’s collaboration with Charles Edward, Master Shirt-maker, and resident of Crossley street for over 25 years, were part of an investigation of the gaze. Peering out from the bespoke shirt business, her work invited us to consider the act of seeing, and the act of being seen. 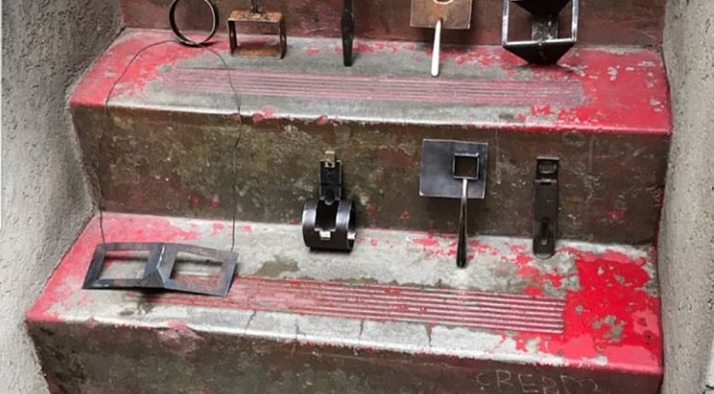 Over the years, Occupation: Artist has fostered special relationships with many who work in this small street. In 2019, we pay our respects to these people and to the community impacted by the tragic death of Sisto Malaspina, owner of Pellegrini’s, killed in a terrorist attack outside his business in November 2018. Sisto’s assailant was captured by the cunning efforts of a homeless person who rammed the attacker with a supermarket trolley. 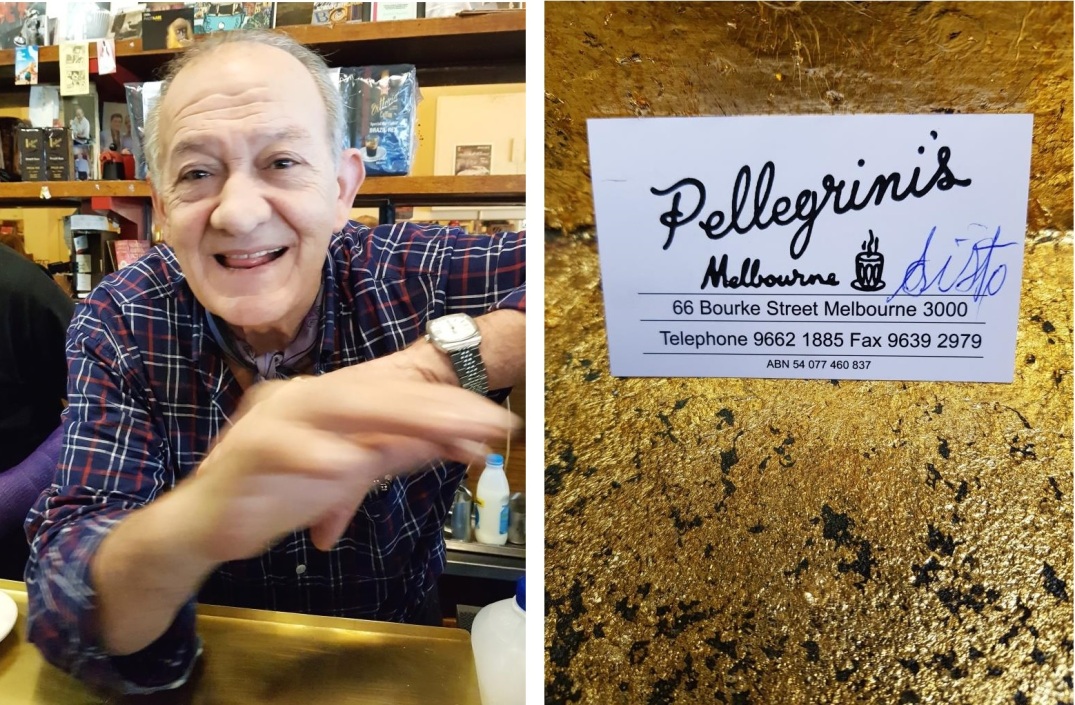